The Catskill Project is a carbon neutral real estate development in the Catskills. When we first came on board, the plans for three models were more or less complete, but there were no visuals to use. We worked with the architect to source a renderer to bring the plans to life and pushed for them to invest in as many renderings as possible.

We employed several components to prevent the content-heavy site from feeling static. A parallax background in certain sections allows subtle movement and another opportunity to use a big beautiful image without taking up too much real estate. The stats counter is a fun and dynamic way to highlight key data at the center of the sales pitch. We created custom graphics for the counter that make the site stand out and carry the branding throughout. Finally, we added a subtle text easing so the elements seem to cascade onto the page. This gives the pages movement and prevents the user from feeling overwhelmed by a lot of copy.

Another challenge was how to display and present the technologies used in the construction of the houses that contribute to their carbon neutrality. The client wanted an interactive diagram that would allow the user to engage with the plan while also conveying the technical information. We used a text accordion on the Performance page (https://www.thecatskillproject.com/performance.html) that corresponds with a bisection of the house plan. The specifics of the sustainability feature are only revealed when the user clicks on the item so they are not overwhelmed by the amount of information.

The client wanted to make clear that the process from planning to completion would involve the buyer at various steps along the way. This section was another area where the potential to lose the interest of the user was high. We decided to present the information by telling a visual story rather than overwhelming the user with static copy. The result is the Process page (https://www.thecatskillproject.com/process.html). It gave us an opportunity to highlight the renderings of the interior of the houses while also allowing the user to interact with the site.

Our digital outreach and the site itself helped generate immediate and consistent interest in the project throughout its development. Major players in both government and the environmental movement were on hand, alongside many prospective buyers, for the ribbon cutting. Sales are already in progress. 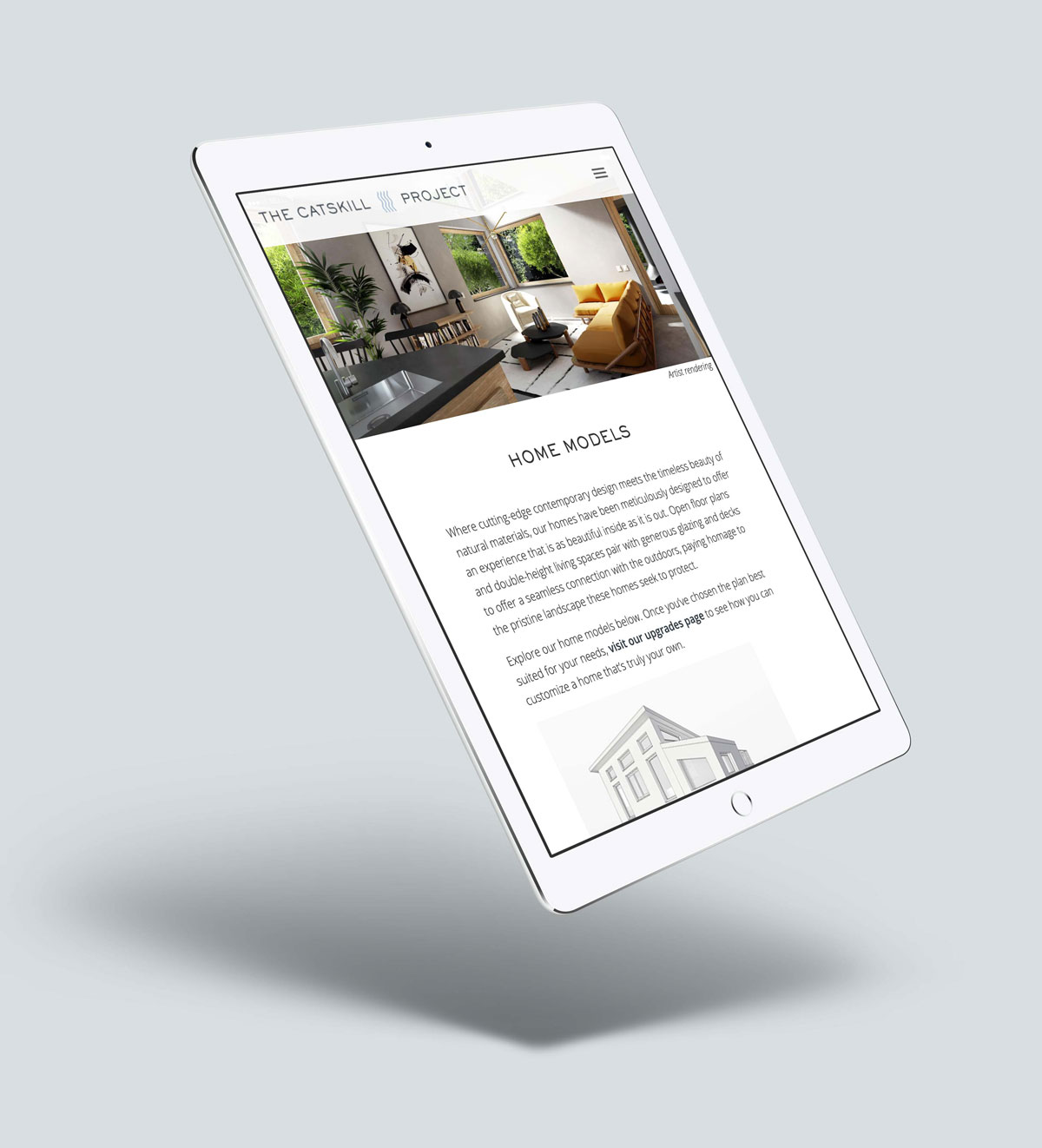 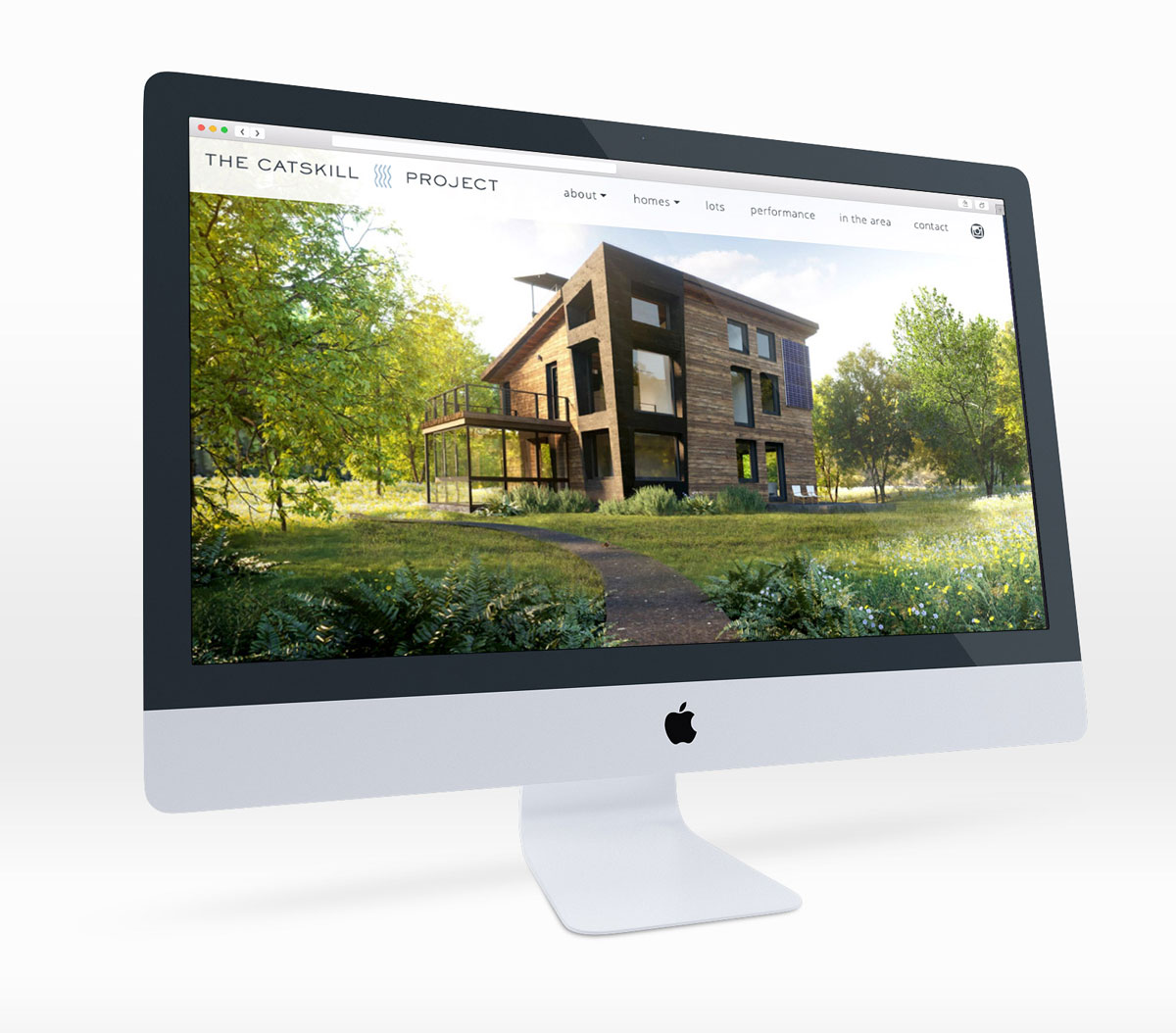 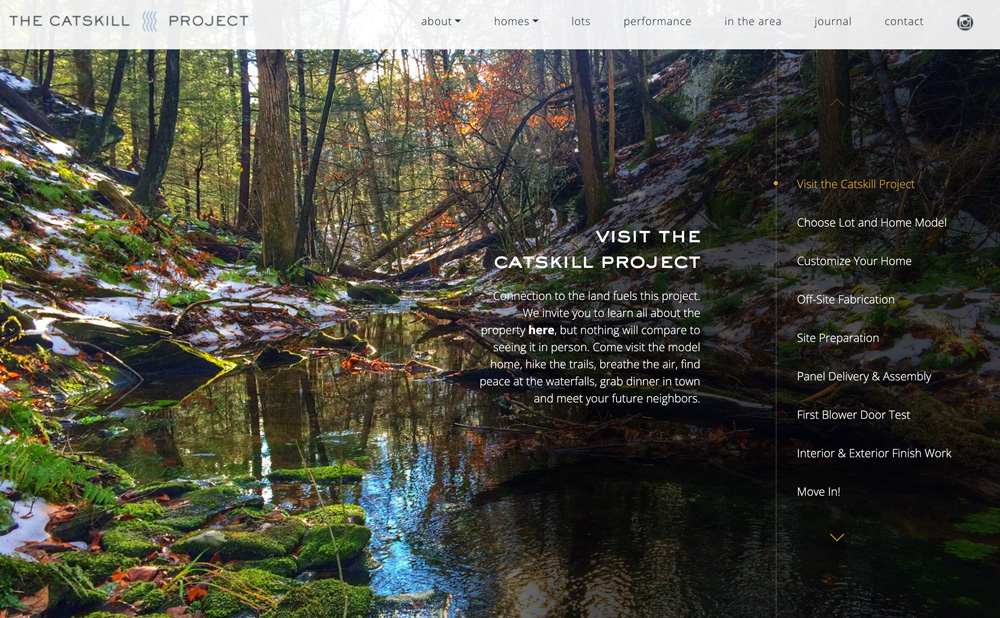 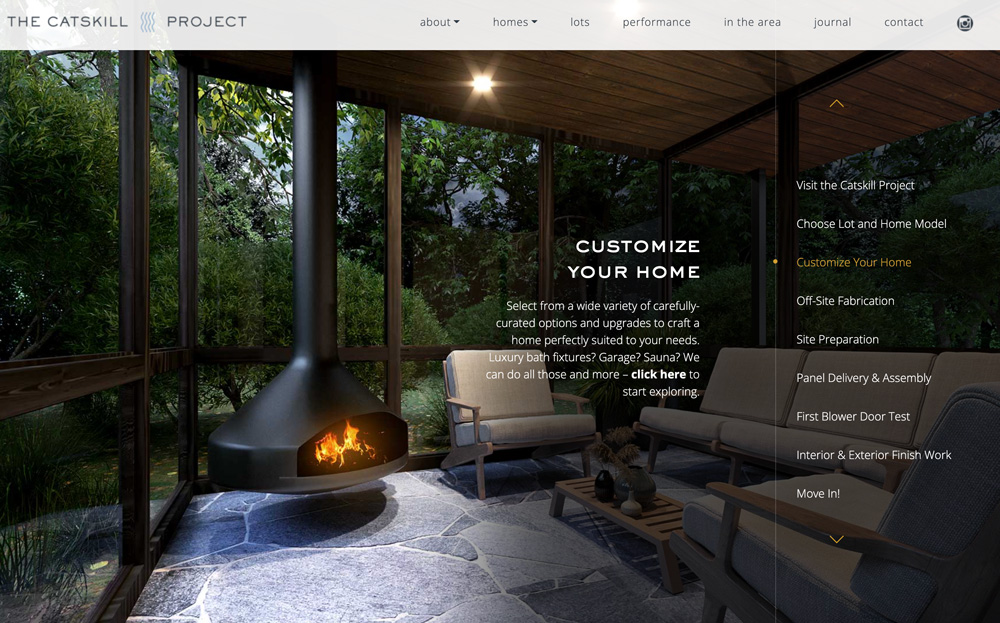 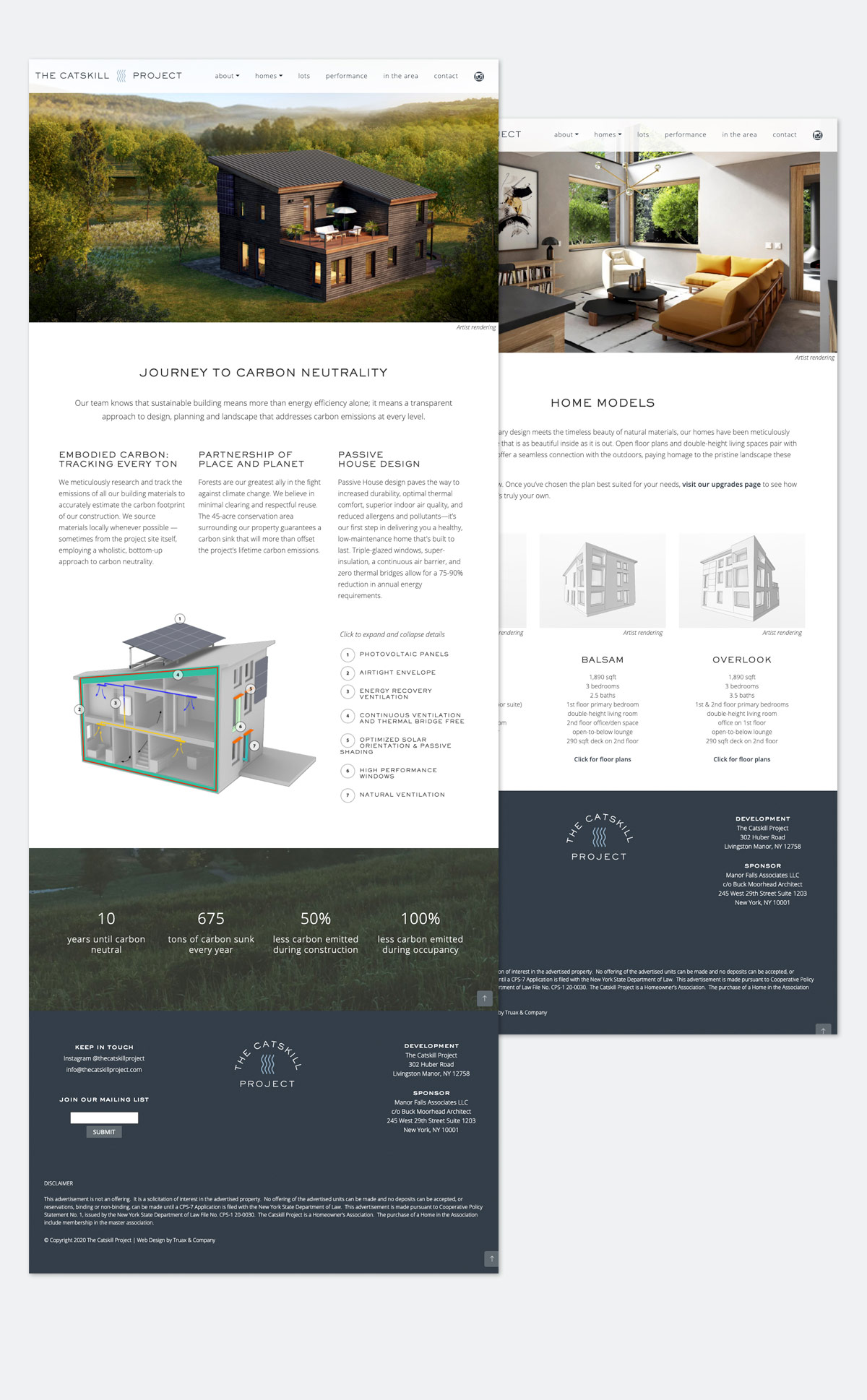 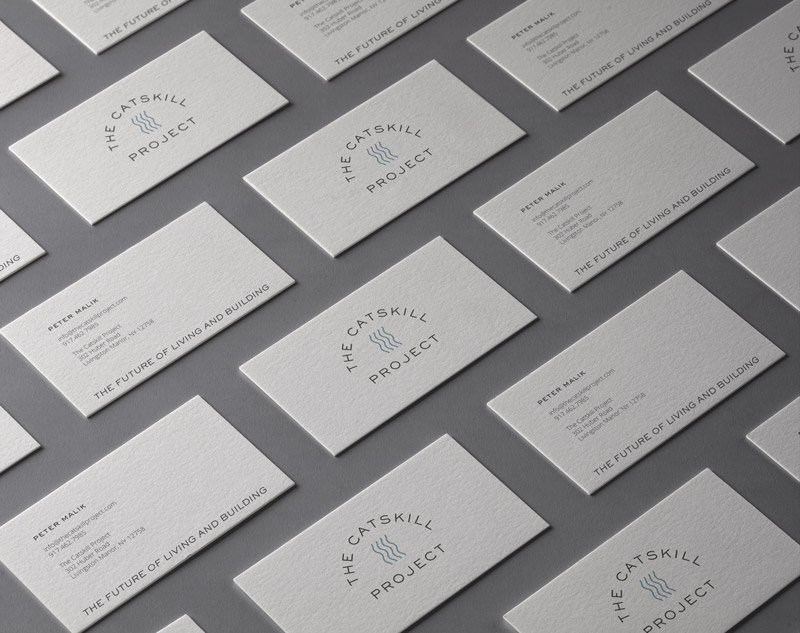